Tencent has made huge waves, officially announcing the rumored purchase of Supercell. The deal will be for $8.6 billion U.S. dollars, and the Chinese internet company will own an 84 percent stake.

A majority of these shares are being purchased from the Japanese telecom company SoftBank, which bought a majority share in 2013 for $1.5 billion U.S. dollars. SoftBank makes out well with this deal, having already cashed out $1.1 billion U.S. dollars in dividends and now selling for upwards of five times what they purchased it for. 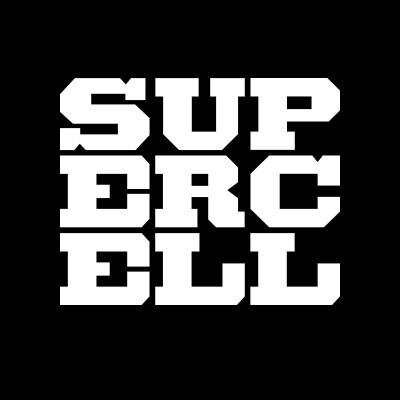 The move was a final one by SoftBank president Nikesh Arora, who stepped down from his position. SoftBank CEO Masayoshi Son will remain in his role, which Arora wanted, so Arora will move on instead.

The news, however, was primarily about Supercell and what will change (and won’t) as Tencent continues its rise as the owner of some of gaming’s most important companies.

Functionally, this should change very little of what makes Supercell so successful. The developer was operationally independent while under SoftBank’s ownership, something that it set up to continue under Tencent. The developer noted that it will keep it’s headquarters in Helsinki to retain its unique “Finnish spirit.”

“They understand that our unique culture of small and independent teams (or ‘cells’ as we call them) is what makes Supercell,” wrote Supercell CEO Ilkka Paananen. “We want Supercell to continue to be the world’s best place for creative people to create games.”

Tencent’s other game related holdings in games include Riot Games, maker of the hugely successful League of Legends. It opens up the possibility that Riot and Supercell will be able to collaborate in special ways. The fact that Riot has flourished under the ownership of Tencent proves that the holding company can be a boon to developers.

While Supercell’s studio culture and location will not change, it’s ability to focus on China will. Tencent’s online platforms has the reach of roughly a billion Chinese users, with about a third of those users playing games. That sort of exposure for Supercell’s games is potentially a huge boon and highly complimentary for them.

On top of this, Tencent owns and operates various social platforms in China. This expands the possible platforms for Supercell’s games into various forms of social play, whether its on PCs or mobile.

This transaction also means that Supercell will stay privately owned rather than having to spin off as a public company, which would force them to be more focused on creating value for shareholders with quarterly profit reports. All of the employees of Supercell benefit from this transaction as well, since they own their own stocks and the value of $10.2 billion U.S. dollars for the whole company will no doubt lead to a nice payout for many Supercell employees

What it Means for Tencent (and the Industry)

Tencent doesn’t just want to be a company in the gaming industry, it wants to be THE company in the gaming industry. Now owning the majority stake in Supercell along with all of Riot Games, the company also owns 48.4 percent of Epic Games. This gives Tencent access to one of the largest mobile developers in the world, the maker of the world’s largest MOBA (which is maybe the biggest game in the world) and has access to the maker of Unreal Engine 4, one of the most widely used middleware programs for video games.

This also shows how international markets are more important than ever. Even if a game may have peaked in a certain region of the world, it doesn’t mean it can’t be exposed to a brand new audience and potentially catch on fire again. This is particularly true when it comes to China, where it’s not inconceivable to reach hundreds of millions of new users.

The price tag also demonstrates the value of a top mobile company. With an equity of $10.2 billion U.S. dollars, this deal valued Supercell at a price more than three times that of Electronic Arts. EA has roughly as much operating income on twice as much revenue, but has 50 times more employees.

That clinches the unprecedented value in Supercell – they’ve made Clash of Clans, Hay Day, Boom Beach and Clash Royale that have all made it to the global-grossing top 10 list, yet the company employs only about 180 people. Only a mobile company could generate so much revenue with so few people and is yet another demonstration as to why even established publishers look to increase their share in the mobile space.